The tenth anniversary retrospective of Behind the Black continues: The failures of modern technology (shaped sadly by a lot of government regulation) often illustrates well the coming dark age. Tonight’s repost from September 15, 2019 gives one good example, and what you can do to counter this trend. 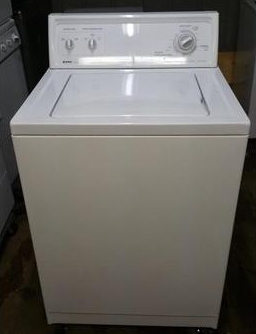 The used “dumb” machine we
paid $285 for that actually
cleans our clothes. 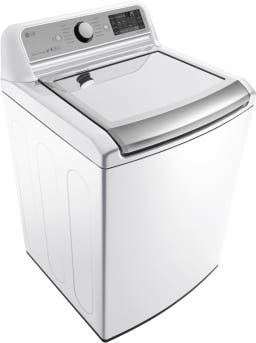 Two years ago our old Kenmore Series 80 washing machine broke down. The repair guy said it would be so expensive to fix that he recommended it was time to buy something new.

So off we went to Sears, where we ended up buying one of today’s modern “smart” machines for a mere $923. As the LG website proudly exclaims,

A Smarter Way to Wash: 6Motion™ Technology uses up to 6 different wash motions to provide a smart cleaning experience that is gentle on clothes and maximizes washing performance.

The problem was the machine never got any of our clothes clean. It also refused to provide enough water. The way it worked was to sense the weight of the clothes you put inside, and determine the needed amount based on this. Routinely, it wasn’t enough, so Diane did web searches to discover numerous owners faking out the machine’s brains by pouring several buckets of water on top of the clothes before turning on the machine, making them weigh more.

The machine also did not have an agitator, the new in-thing among washing machine manufacturers two years ago, probably forced on them by new federal regulations. And though the tub itself did shake, it did it so gently that the clothes hardly moved.

There were also other issues with the machine’s smart technology that frustrated Diane. The machine was boss, and would not allow for any flexibility to its predetermined wash and rinse cycles, even when they made no sense.

Buy dumb! The market for used 40-year-old tractors is booming, due to the “smart” but expensive-to-repair designs of modern computer-based tractors.

Tractors manufactured in the late 1970s and 1980s are some of the hottest items in farm auctions across the Midwest these days — and it’s not because they’re antiques. Cost-conscious farmers are looking for bargains, and tractors from that era are well-built and totally functional, and aren’t as complicated or expensive to repair as more recent models that run on sophisticated software.

“It’s a trend that’s been building. It’s been interesting in the last couple years, which have been difficult for ag, to see the trend accelerate,” said Greg Peterson, the founder of Machinery Pete, a farm equipment data company in Rochester with a website and TV show. “There’s an affinity factor if you grew up around these tractors, but it goes way beyond that,” Peterson said. “These things, they’re basically bulletproof. You can put 15,000 hours on it and if something breaks you can just replace it.”

Because of the computer software built into the new machines, a farmer can no longer fix it himself. He must call in a service truck, at high cost with long wait times. This extra cost is on top of the high cost to buy the new tractor, which cost a lot more than the used machines.

I predict that the cost for used tractors is going to continue to rise, until some smart entrepreneur realizes the market possibilities, and begins making new tractors without the bells and whistles.

Buy dumb! According to a December 17, 2019 news story, modern cars automatically collect a vast amount of incredibly private information about their owners, especially if the owner uses the installed blue tooth phone and GPS.

[The reporter] discovered that the car was recording details about where the car was driven and parked, call logs, identification information for his phone and contact information from his phone, “right down to people’s address, emails and even photos.” In another example, Fowler bought a Chevy infotainment computer on eBay and was able to extract private information from it about whoever owned it before him, including pictures of the person the previous owner called “Sweetie.”

While GM was the subject of Fowler’s experiments, it’s not the only company collecting data on its drivers. In 2017, the U.S. Government Accountability Office looked at automakers and their data privacy policies and found that the 13 car companies it looked at are not exactly using best practices. For example, while the automakers say they obtain “explicit consumer consent before collecting data,” the GAO says they “offered few options besides opting out of all connected vehicle services to consumers who did not want to share their data.”

There is no justified ethical reason for any car company to collect and keep this information, especially without asking the owner permission to gather it. It simply does not belong to them, under any reasonable definition.

As I said, buy dumb. Better to get a used car without these invasive tools, or disable them if the car has them.