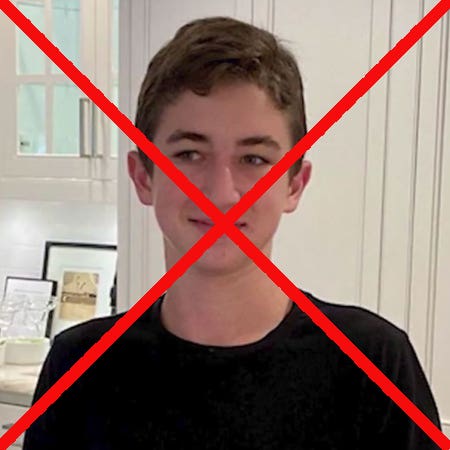 Nate Bronstein, now dead because of a mob’s lies, and the
willingness of The Latin School of Chicago to ignore them.

They’re coming for you next: A 15-year-old boy, Nate Bronstein, hung himself in January after months of cruel and ceaseless bullying at his private school — which the school, the Latin School of Chicago, apparently refused to stop — based on the false rumor that he had never gotten any COVID shots.

The boy’s parents, Robert and Rosellene Bronstein, are now suing both the school and the instigators of the bullying, demanding $100 million in compensatory damages. You can read their complaint in all its horror here [pdf].

This story illustrates two terrible but fundamental components of today’s blacklist culture. First, that mob is quite willing to oppress the weak and helpless based simply on lies. From the Chicago Tribune report of this story:

Even though the Bronstein’s met with this student’s parents in an attempt to end the bullying, nothing changed, and in fact it worsened, so that the boy even started receiving text messages saying he should kill himself.

Second, the mob’s emotion-driven and hateful conduct often means that those who could stand up to it and stop it are generally unwilling to challenge those lies, and will often instead team up with the mob to encourage the oppression.
END_OF_DOCUMENT_TOKEN_TO_BE_REPLACED