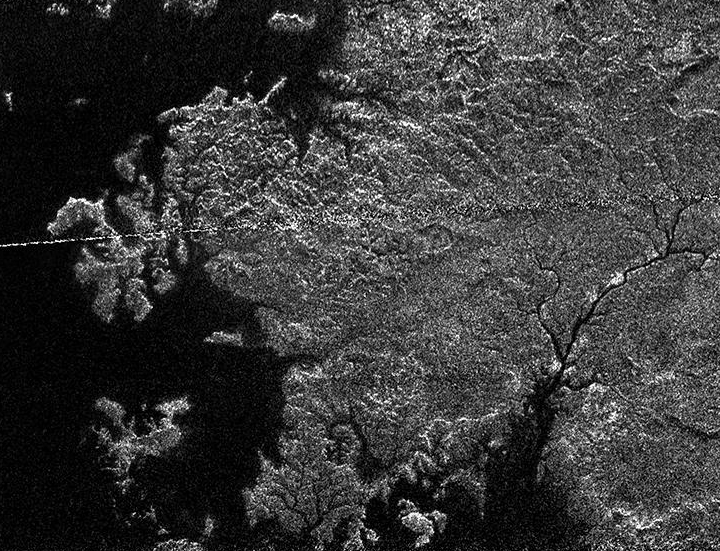 The Cassini science team has released the last radar swath that the spacecraft will take of Titan, imaged on April 22.

You can see the full swath up close here. The image above is my crop of the section on the swath’s right portion, showing the shoreline of the hydrocarbon lake Ligeia Mare, where periodically an island has been seen by radar to intermittently appear and disappear.

No “island” feature was observed during this pass. Scientists continue to work on what the transient feature might have been, with waves and bubbles being two possibilities.

The fly-by also took the first, and last, depth measurement of 8 other lakes, finding that they all had the same depth, suggesting they are connected by an underground “water” table. In this case, it ain’t water, but liquid hydrocarbons like methane.