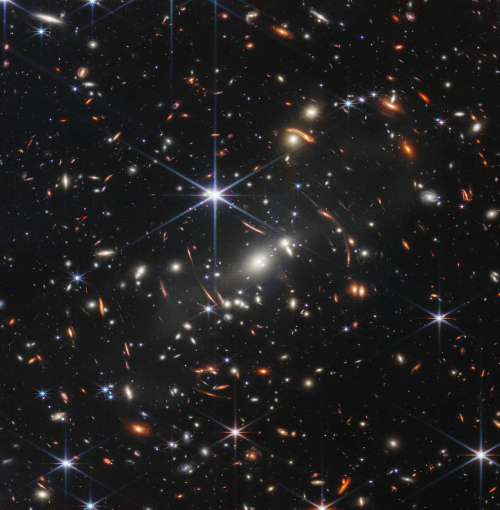 Nothing in Webb’s first deep field image shall be questioned, by anyone!

While the blacklisting described in today’s column has little to do with left vs right politics, it demonstrates clearly that the desire to silence dissent is now culturally pervasive across many fields. In science it has become especially toxic, as this story clearly shows:

Twenty-four astronomers and physicists from ten countries have signed a petition protesting the censorship of papers that are critical of the Big Bang Hypothesis by the open pre-print website arXiv. Run by Cornell University, arXiv is supposed to provide an open public forum for researchers to exchange pre-publication papers, without peer-review. But during June, 2022, arXiv rejected for publication on the website three papers by Dr. Riccardo Scarpa, Instituto de Astrofisica de Canarias, and Eric J. Lerner, LPPFusion, Inc. which are critical of the validity of the Big Bang hypothesis.

…[quoting the petition] “Without judging the scientific validity of the papers, it is clear to us that these papers are both original and substantive and are of interest to all those concerned with the current crisis in cosmology. It plainly appears that arXiv has refused publication to these papers only because of their conclusions, which both provide specific predictions relevant to forthcoming observations and challenge LCDM cosmology [the standard dark matter/dark energy Big Bang hypothesis]. Such censorship is anathema to scientific discourse and to the possibility of scientific advance.

“We strongly urge that arXiv maintain its long-standing practice of being an “open-access archive” of non-peer reviewed “scholarly articles” and not violate that worthy practice by imposing any censorship. Instead, we encourage arXiv to abide by its own principles, and publish these three papers and others like them that clearly provide ‘sufficient original or substantive scholarly research’ results and are of obvious great interest to the arXiv audience.”

Lerner and Scarpa had attempted to get their papers published in a peer review journal and had been stymied, apparently because the topic of their paper was inappropriate for that journal. They then decided to publish on arXiv, which has for almost three decades been open to the publication of all scientific papers written by credentialed scientists, as noted at the website:
END_OF_DOCUMENT_TOKEN_TO_BE_REPLACED