A potential landing site for next Mars rover

This week’s release of cool images from Mars Reconnaissance Orbiter included the color image below of a region on the floor of Holden Crater, one of the four possible landing sites for Curiosity, the Mars Science Laboratory planned for launch later this year. (If you want to see the entire image at higher resolution, you can download it here.)

Two things that immediately stand out about this image (other than this looks like an incredibly spectacular place to visit): 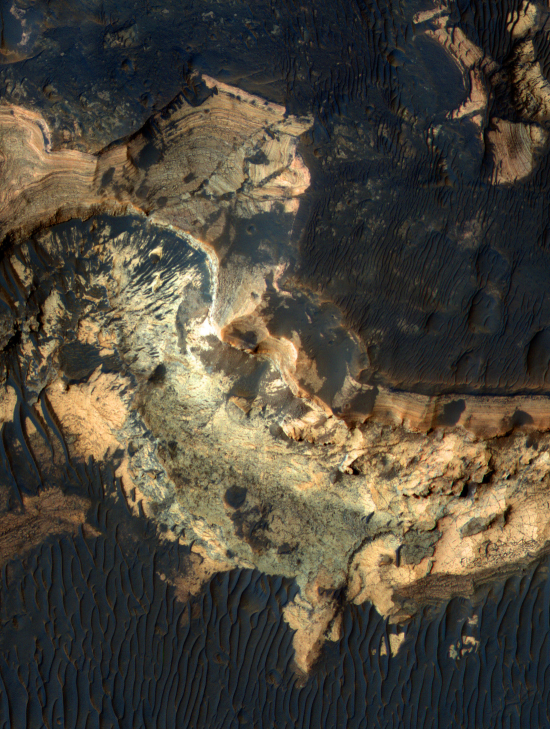 Second, what causes the wide range of different colors? According to the caption, the dark materials are windblown, while the lighter stuff is from layered deposits. This description is what scientists call “hand-waving” (since waving their hands in the air helps disguise the fact that they really don’t know that much). Though the dark stuff is obviously windblown surface deposits, why are they so much darker than the layers below?

Finding out the chemical composition of these kinds of materials, as well as what made the layers, will be one of Curiosity’s prime goals. Sadly, we only have one rover, and innumerable places on Mars to visit.