Breathtaking view of the central peak of Tycho Crater

Another astonishing space photograph, this time from lunar orbit, taken by Lunar Reconnaissance Orbiter on June 11, 2011.

The image looks down at the central peak of Tycho crater, with enough detail to make out individual boulders at the summit. Go the link to see some closeups. 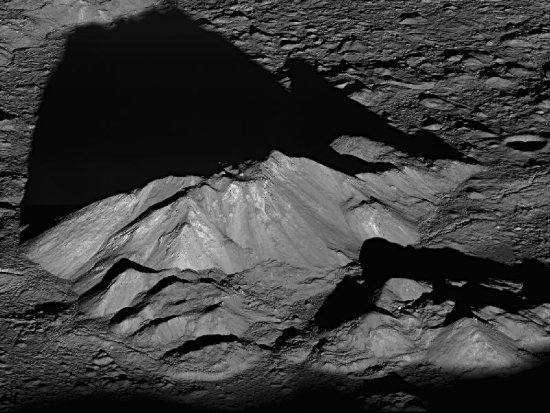