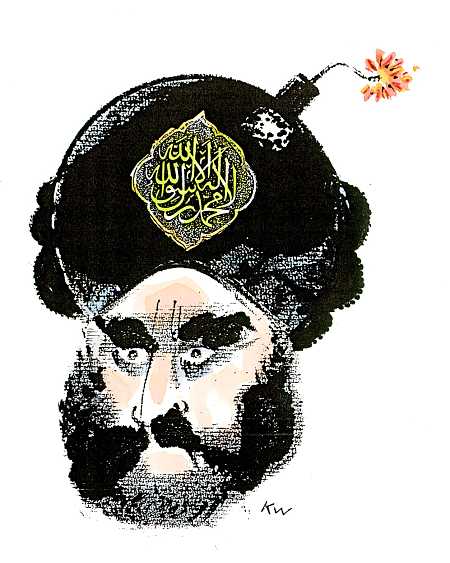 The goal of these Islamic acts of violence: To stop people from criticizing Islam.

My goal in publishing this cartoon: To defy these thugs and to encourage people to criticize Islam. In the past two decades we have seen nothing but violence, terrorism, death, and destruction from this Arabic religion, fed by hatred and bigotry of Jews and Christians. It is time to say so, bluntly.

If Muslims wish this criticism to stop, they need to do something about it themselves, as the President of Egypt has, instead of demanding others to shut up.