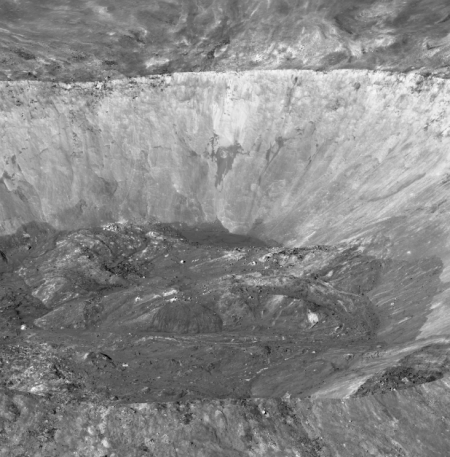 Cool image time! Considering this week is the 50th anniversary of the Apollo 11 lunar landing, it seems appropriate to show some cool images from the Moon.

Today the Lunar Reconnaissance Orbiter (LRO) science team released a spectacular oblique image of Giordano Bruno crater. The image on the right is cropped and very significantly reduced to post here. It looks across the crater, with the near rim across the bottom of the picture and the wall of the far rim filling the photograph’s top half.

That wall is what makes this image cool. It is a cliff about 10,000 feet high, equaling almost two miles. Moreover, at its base is a now-solidified melt pool left over from the impact that made the crater.

Faster than a speeding bullet – or rather ten times faster than a speeding bullet – is a good starting point in terms of grasping the energy released in a typical impact event. That is, for a bullet approaching 2 kilometers in diameter! The pressure and heat that were released during the collision not only excavated a hole much larger than the impactor but also melted a tremendous amount the target rock. Melt was sprayed and sloshed on the forming crater walls where much of it flowed back, seeking the lowest point in the impact crater. From the LROC vantage point you can follow the path taken by impact melt as it flowed across the irregular floor, ponding in closed depressions, and some of it ultimately reaching the lowest point.

Below the fold is a much higher resolution section of this photograph, focused on the crater wall and the melt pool. I have still been forced to reduce the resolution somewhat to post it here. Along that cliff wall can be seen partial avalanches (the dark splotch near the center) as well boulder tracks with the boulders (probably larger than most houses) still visible as white spots at the wall’s base.

The scale here is difficult to imagine. This cliff wall is three times as high as The Abyss, the steepest single drop viewpoint along the south rim of the Grand Canyon. 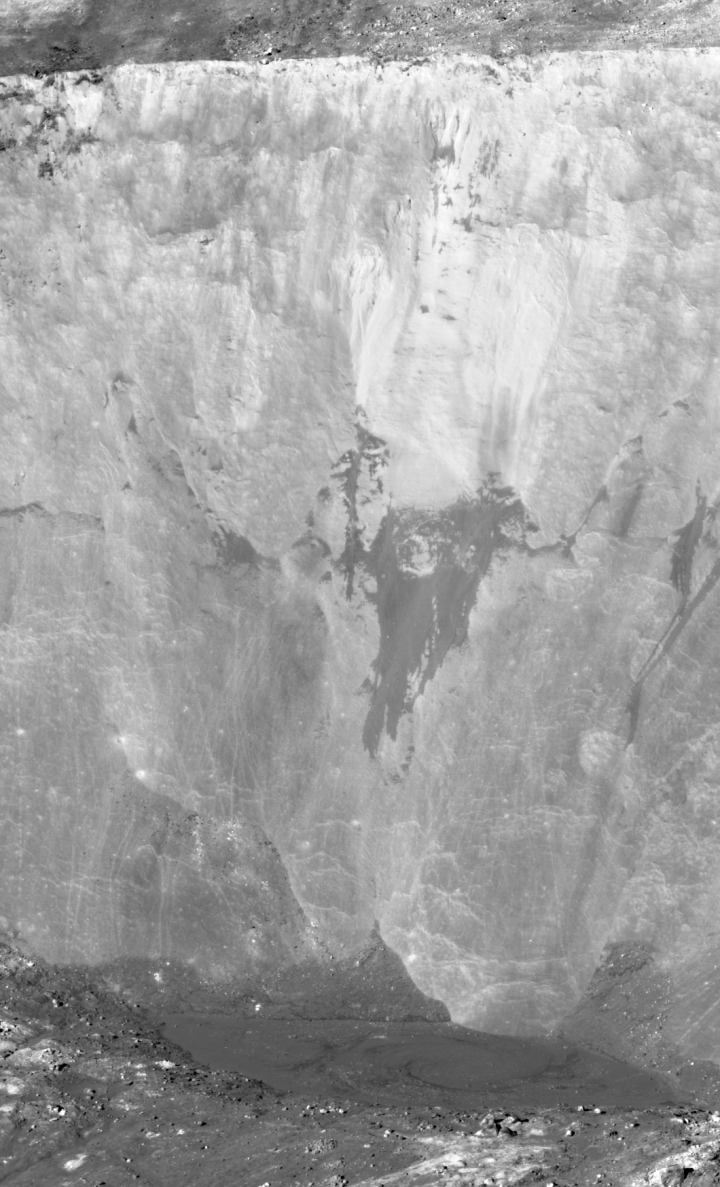