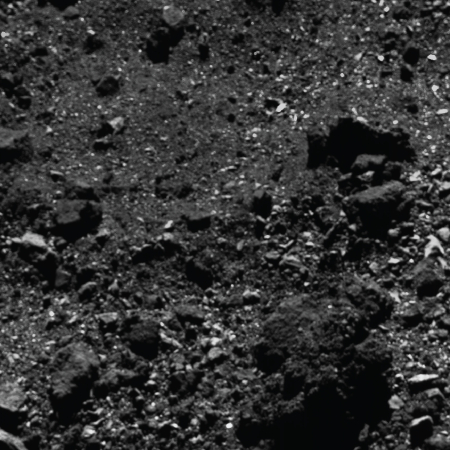 The OSIRIS-REx science team has released new high resolution images of one particular area on Bennu’s northern hemisphere. The image on the right, cropped and reduced to post here, shows what they label a “pond of regolith,” seen as the relatively smooth area in the upper left.

This is not literally a pond, but instead is a low-lying spot where smaller particles have settled over time, producing a flattish area that looks, and in some ways, resembles a pond or puddle, only in this case the material isn’t water but fine-grained dust or pebbles.

On March 19 the science team will be presenting their initial results at a special session at the 50th Lunar and Planetary Science Conference in Texas. That same day they will hold a press conference summarizing the most interesting aspects of those results. Stay tuned.