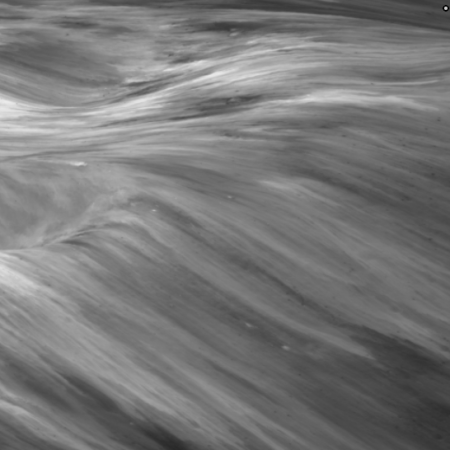 Continuing this week’s celebration of the 50th anniversary of the Apollo 11 mission means we get to look at another cool image from the Moon. The photograph on the right, reduced to post here, was released by the Lunar Reconnaissance Orbiter (LRO) science team in 2016.

What are we looking at? At first glance it looks like a black & white photograph of The Wave in northern Arizona. What it is instead is the pattern of ejecta laid down across the surrounding terrain immediately after the impact that created relatively fresh Chaplygin Crater. From the website:

The delicate patterns of flow across, over, and down local topography clearly show that ejecta traveled as a ground hugging flow for great distances, rather than simply being tossed out on a ballistic trajectory. Very near the rim lies a dark, lacy, discontinuous crust of now frozen impact melt. Clearly this dark material is on top of the bright material so it was the very last material ejected from the crater.

Below the fold is a wider shot of the entire crater and its surrounding terrain, with the rectangle indicating the region covered by the close-up above The dark crust near the rim mentioned in the quote can clearly be seen. 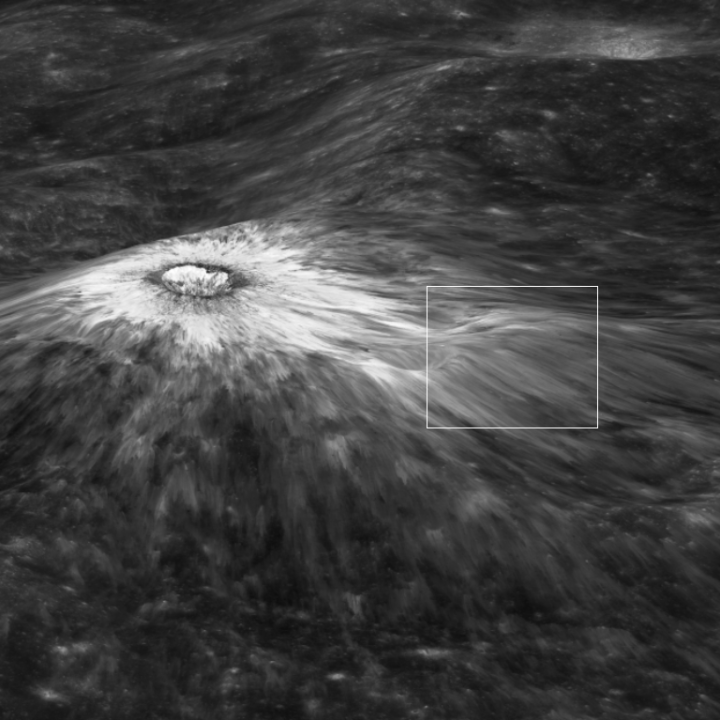