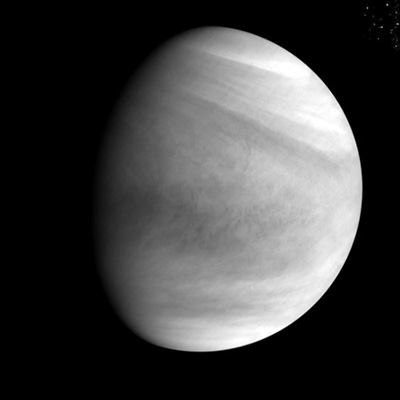 Japanese engineers have confirmed that Akatsuki has entered orbit around Venus and can now begin science observations.

The image on the right was taken by the spacecraft’s ultraviolet camera, and clearly shows the as-yet unidentified dark material in Venus’s upper atmosphere. These dark streaks have been seen since the first Venus fly-by in the 1960s, but no observations have been able to determine what the material is that shows up as dark in ultraviolet light.

This success is a triumph for the engineers that operate Akatsuki. Kudos to them!