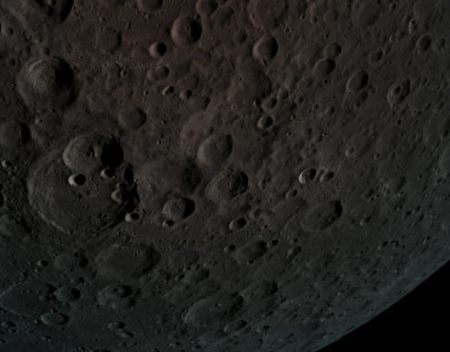 The new colonial movement: The privately built Israeli planetary probe Beresheet, now in lunar orbit, has released its first pictures of the Moon.

The image on the right is one of those images, cropped to post here, and was taken from about 300 miles altitude. The link has a second image showing the Moon with the Earth in the distance. The resolution of both images is quite impressive.

The landing is scheduled for April 11. Stay tuned!