China releases data and images from Yutu-2 and Chang’e-3
January 8, 2020 at 9:44 am Robert Zimmerman Points of Information 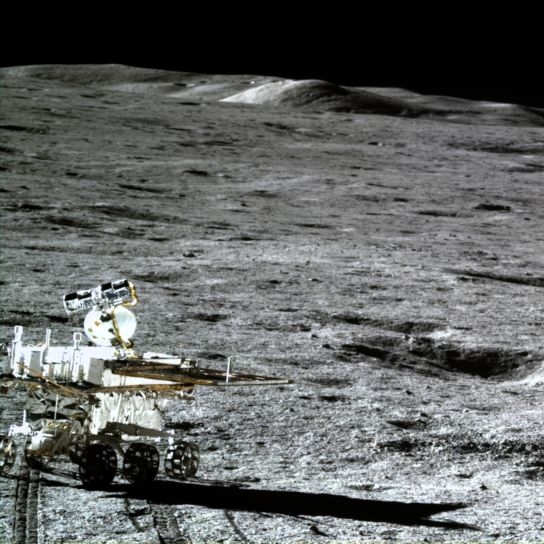 The new colonial movement: To celebrate the completion of a year on the lunar surface, China has released the bulk of the data and images produced by the lander Chang’e-3 and the rover Yutu-2.

The link includes a nice gallery of images. I especially like the image to the right, cropped to post here. It shows Yutu-2 moving away from Chang’e-3 early in the mission. It also shows how truly colorless the Moon is. The rover proves this is a color image, but if it wasn’t in the shot you’d have no way of knowing.

And then there is that pitch black sky. I wonder what’s behind it.