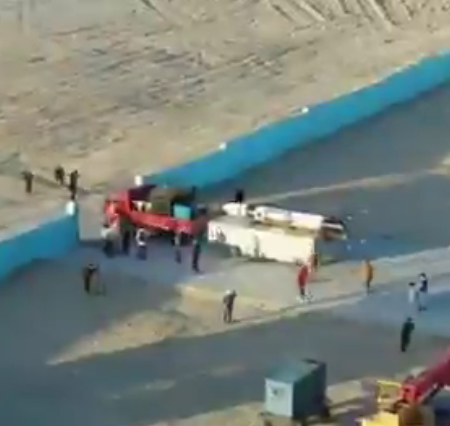 The new colonial movement: The Chinese pseudo-company Linkspace has successfully completed a 300 meter hop of the first stage of its new rocket.

Video of the hop can be seen here. The photo to the right is a screen capture from that video showing the rocket being transported to the launch site. Based on this image, the stage appears small, no more than twenty feet tall. I suspect this is only a prototype, comparable in many ways with SpaceX’s Grasshopper, which was a prototype to test vertical landing.

This success however lays the groundwork for building a full scale model.

I call Linkspace a “pseudo-company” in that it might have raised independent investment capital and appears to work as a private company, in China and with rockets there is no such thing. Everything this company does is closely supervised by the government. There is no independence here.