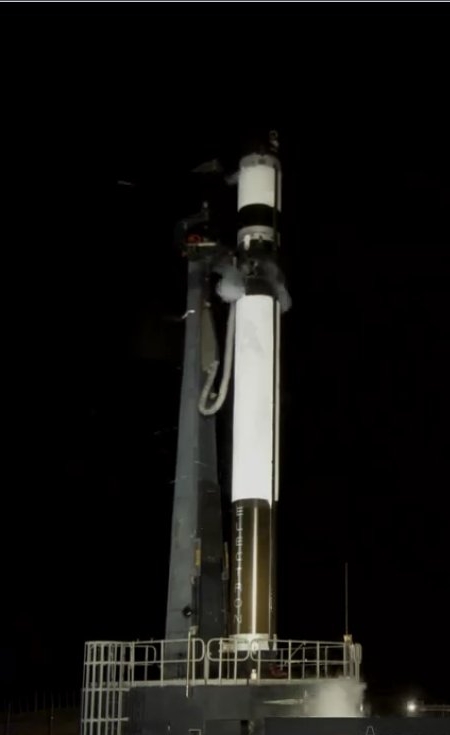 Yesterday China used its Long March 2C rocket to launch an ocean observation satellite, while also testing both grid fins and a revamped fairing. The goal of the grid fins is to control the first stage’s return to Earth so that it won’t crash on top of any homes. The fairing change is to hopefully lead to their capture and reuse sometime in the future.

Late today, or actually early on June 11th, Rocket Lab tried to do its twelve commercial launch, but after three launch tries the high winds won out and they had to scrub. The image to the right shows the Electron rocket on the launchpad. If you look close, you can see the wind whipping the LOX evaporating off the rocket.

The U.S. continues to lead China 13 to 11 in the national rankings.