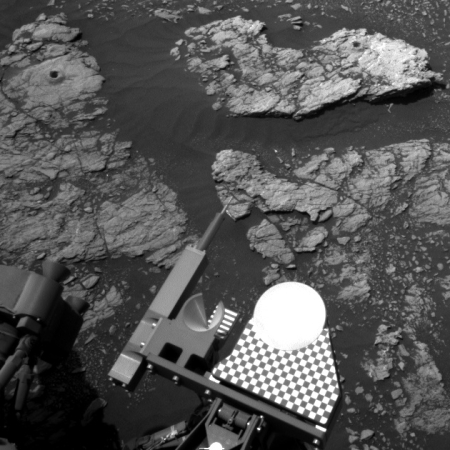 The Curiosity science team has confirmed that their second drill hole in the clay formation that the rover is presently exploring was a success.

They have confirmed that enough material from the drill hole has been deposited in their chemical analysis hopper.

The image to the right, cropped and reduced to post here, shows both drill holes on the two different flat sections of bedrock near the top.

It seems that the science team wants to spend a lot of time in this location, as described in my last rover update. It is therefore unclear when they will move south to follow their long term travel plans.