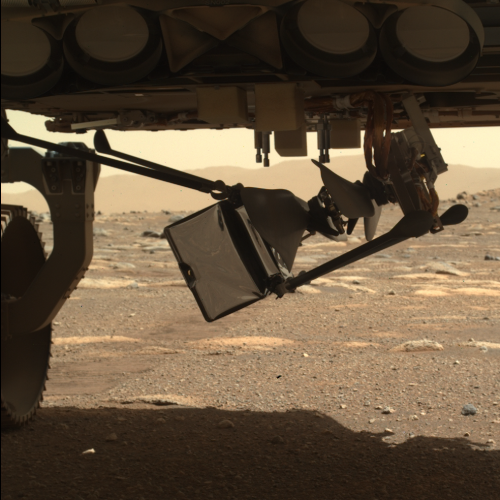 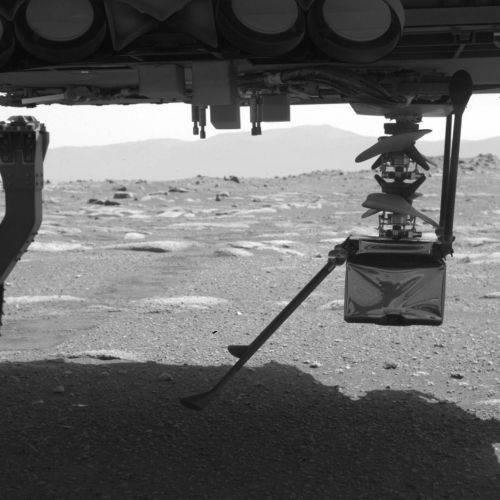 The photo to the right, cropped and reduced to post here, shows the Ingenuity helicopter attached to the base of the Perseverance rover, with its left end (the white box in the middle) now lowered. Previously the helicopter was stored horizontal against the rover’s base.

This photo was taken yesterday by Perseverance’s Watson camera, which provides images of the rover’s bottom and wheels.

The deployment process has only begun. They need to get that white box vertical and on the ground, then unfold the blades that are attached above it. My error. I mistook the helicopter’s landing legs for its blades. Two of the legs (on the left) appear deployed, while two (on the right) remain in their stored position.

UPDATE: Ingenuity is now vertical, underneath Perseverance, as shown by the second image to the right.

These images are from yesterday, so these are actions that the rover and helicopter are doing autonomously. It appears from later images that the second set of legs began deploying next.