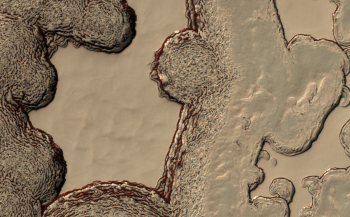 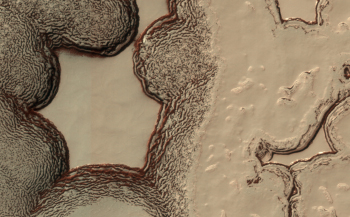 The top image on the right was taken August 28, 2007. The bottom image was taken March 23, 2015, four Martian years later. As noted by the science team, the bright flat-topped mesas have shrunk by about half, while the dark rough low areas have grown, eating into the mesa walls.

Closeup study of this area would provide a wealth of knowledge. It will also be very challenging, as the environment is harsh, hostile, and unstable. Imagine doing research in the Himalayas but with an unbreathable atmosphere and temperatures always far far below freezing.