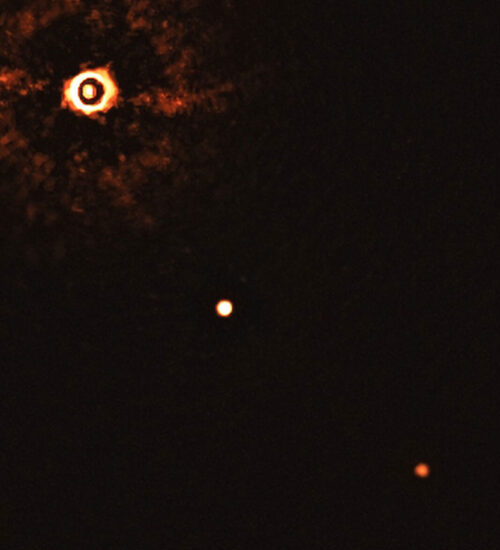 The star’s light is partly blocked in the upper left of the photo to the right, cropped slightly to post here.

You can read the paper here [pdf]. The star itself, though similar in mass to the Sun, is thought to be only seventeen million years old.

But the system, dubbed TYC 8998-760-1, is nothing like our solar system. One of the star’s companions straddles the line that defines planets, with a mass 14 times Jupiter’s; the other has a mass of six Jupiters. Both orbit far from the star, about 160 and 320 times the average distance between Earth and the Sun. That puts them more than four times farther out than Pluto is from the Sun.

The size and distance of these giant planets were why they could be imaged from the ground.