First images from Chandrayaan-2
October 9, 2019 at 8:45 am Robert Zimmerman Points of Information 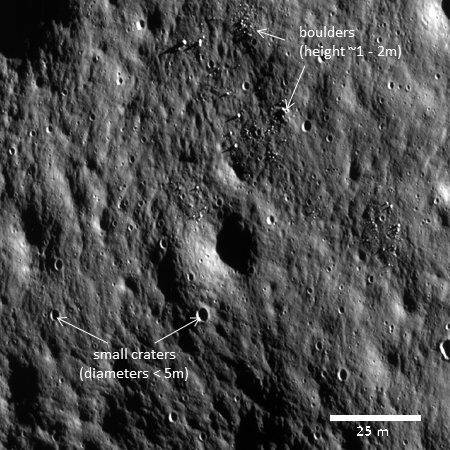 India has released the first image from the high resolution camera on its Chandrayaan-2 lunar orbiter.

The image on the right, cropped to post here, is from that image and shows objects as small as 10 inches across, which is better than the 20 inch resolution obtained by the U.S.’s Lunar Reconnaissance Orbiter (LRO). Depending on orbit, they should therefore eventually be able to image their crashed Vikram lander with more detail. It also means they can supplement and improve on data from LRO, a significant achievement for India.

Additionally they report that all instruments on board are functioning normally.