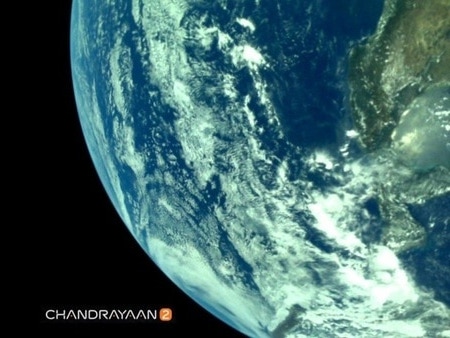 India yesterday released the first images taken by its lunar orbiter/lander/rover Chandrayaan-2, taken from Earth orbit of the Earth.

The image on the right is one example, and was taken mostly for engineering purposes. All the images (available here) demonstrates that the spacecraft’s camera is working properly, and it can orient itself accurately.

They now hope to put the spacecraft into lunar orbit on August 20th, with the landing attempt set for September 7th, after they have lowered that lunar orbit sufficiently.