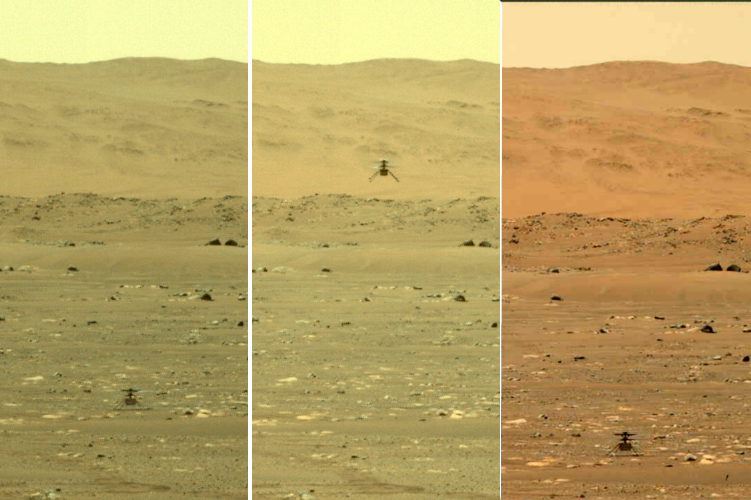 According to Mimi Aung, the project manager for Ingenuity, they attempted their second flight of the Mars helicopter early this morning, with the following flight plan:

[W]e plan to trying climbing to 16 feet (5 meters) in this flight test. Then, after the helicopter hovers briefly, it will go into a slight tilt and move sideways for 7 feet (2 meters). Then Ingenuity will come to a stop, hover in place, and make turns to point its color camera in different directions before heading back to the center of the airfield to land. Of course, all of this is done autonomously, based on commands we sent to Perseverance to relay to Ingenuity the night before.

No live stream was provided this time. However, the three images above from Perseverance, just downloaded today and taken about nine minutes apart, show Ingenuity before, during, and after that flight. If you compare the first and third images you can see that the helicopter was able to successfully return to the same landing spot.

I expect an announcement of this successful flight to be posted shortly.

UPDATE: JPL has now released an image taken by Ingenuity during its flight.