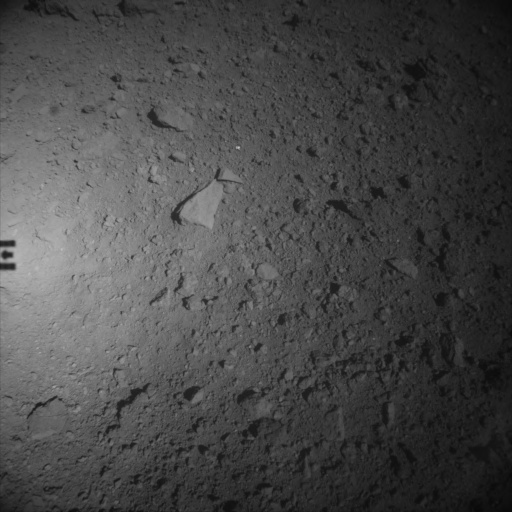 Hayabusa-2 has successfully completed its close approach and reconnaissance of the positioning target it had placed on May 30 near the crater it had created on Ryugu on April 4.

The image to the right is the last navigational image taken at the spacecraft’s closest point. You can clearly see the navigational target as the bright point near the upper center of the image, to the right of the three larger rocks. This location also appears to be inside the manmade crater, based on earlier reconnaissance of that crater. The crater is in an area they have labeled C01, which is where they have successfully placed the target. It also appears that this is the smoothest area in C01, which will greatly facilitate their planned sample grab.