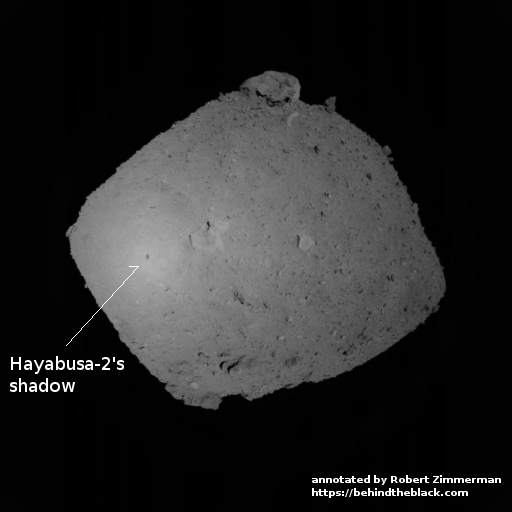 During its aborted landing rehearsal last week Hayabusa-2 imaged its own shadow as it approached within 600 meters of Ryugu.

The shadow is only a little dot on the surface of the asteroid, but to have resolved it is quite impressive. The image on the right has been annotated by me to indicate the shadow.

They have not said when they will do another landing rehearsal. Meanwhile, two of the spacecraft’s mini-landers are expected to be released sometime in the next few days.

Update: Based on the raw navigation images being released in real time from Hayabusa-2, the release of the MINERVA-II-1 has begun, with Hayabusa-2 moving in towards Ryugu in preparation for that release.