Hayabusa-2 successfully places reference target at man-made crater
May 30, 2019 at 8:48 am Robert Zimmerman Points of Information 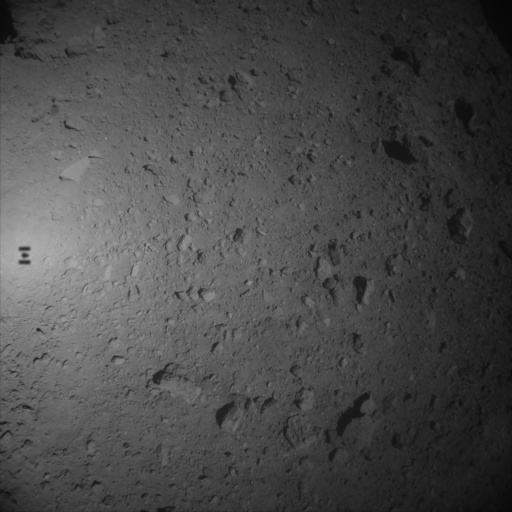 Hayabusa-2 has successfully dropped a small reference target at the man-made crater on Ryugu, getting within 10 meters of the surface.

The image to the right is the last image taken by the spacecraft’s navigation camera during the operation. Unfortunately, the science team did not provide any further information, such as the height from which this image was taken, nor the scale of the features. Based on the sequence of images, it clearly occurred at the moment of closest approach.

I have tried to see if I could pinpoint the crater in the image by comparing it to the planning image post here. Unfortunately, I have been unable to identify comparable features.

Either way with the successful placement of the reference target on the surface, they can now begin planning the sample grab touch-and-go at this location.