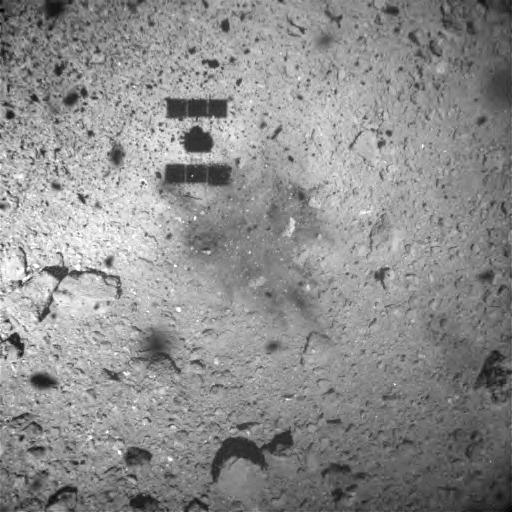 The image to the right was taken:

roughly 1 minute after touchdown at an estimated altitude of about 25m (error is a few meter) [80 feet]. The color of the region beneath the spacecraft’s shadow differs from the surroundings and has been discolored by the touchdown. At the moment, the reason for the discoloration is unknown but it may be due to the grit that was blown upwards by the spacecraft thrusters or bullet (projectile).

The image proves that everything on Hayabusa-2 worked as planned, and it almost certainly captured some of that grit.

They are going to do at least two more touchdowns before they have Hayabusa-2 leave Ryugu and head back to Earth.