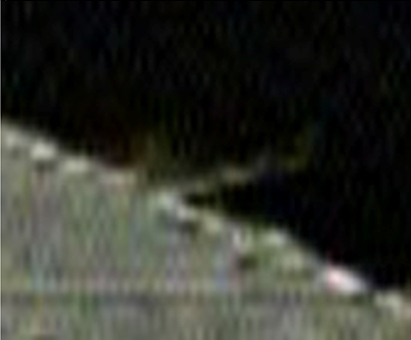 Japan’s Hayabusa-2 probe yesterday successfully impacted an explosive charge on the surface of the asteroid Ryugu, creating a crater for observing the interior geology.

The image to the right was taken by a camera that has separated from Hayabusa-2 and stayed closer to the impact. It shows material flying off the asteroid’s surface, at the horizon line.

Hayabusa-2 — which moved to the other side of the asteroid to stay clear of any ejecta — will next arc around and get close to this impact site to study it. They first need to make sure the ejecta has cleared.