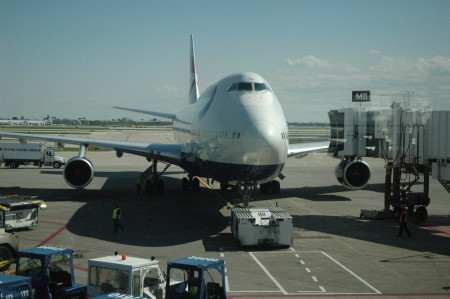 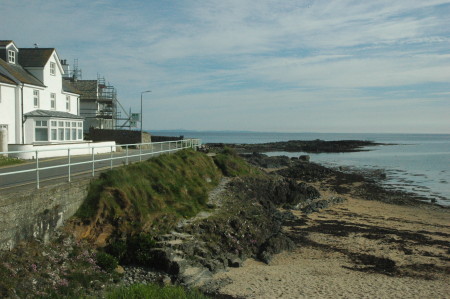 This will be a short post, as we are about to leave on our second day’s adventures.

To the right is the plane that finally got us out of the U.S. to London, where we had to transfer again to get to Dublin. Twas nice to fly on a 747, rapidly disappearing from the fleets of American airline companies. British Airways however appears to still be flying a lot of them. A super smooth flight on this magnificent plane.

Transferring planes in Heathrow was horrible, as it seems all international travel is becoming. Even though we were never leaving the terminal they still forced us to go through customs.

The second picture shows the view from the coastal village of Rhosneigr at the end of the day. We had met up with our group and had just completed a 4 mile hike along the beach. It seems there are a lot of bird watchers among us. It also seems in a way like we were back at Cannon Beach, without any crowds at all.