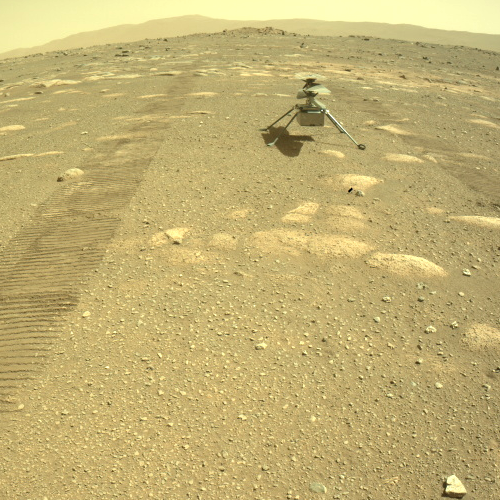 Perseverance engineers have now confirmed that the Ingenuity helicopter was successfully released below the rover earlier today, and the rover immediately moved away to expose the helicopter to sunlight so that its solar panels can charge its batteries.

The photo to the right, cropped to post here, was taken by one of Perseverance’s rear hazard avoidance cameras, shortly after the release and move. They will now begin about a week of check-outs to make sure Ingenuity is functioning properly, even as they drive Perseverance a distance away to a lookout point where it can safely observe the helicopter’s test flight on Mars, presently targeted for April 11th. If successful this will be the first powered flight ever achieved on another world.