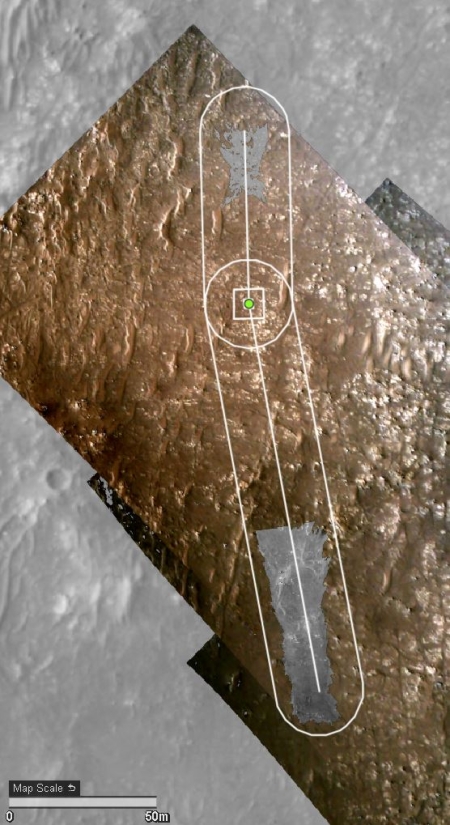 The flight path of Ingenuity’s 3rd and 4th flights.
Click for original image.

According to Ingenuity’s engineering team, the helicopter will make its fifth flight today, and unlike the previous flights, it will not return to is initial take-off point, but will instead land to the south, putting it in a better position to tag along with Perseverance. As noted by Josh Ravitch, Ingenuity’s mechanical engineering lead at JPL,

We are traveling to a new base because this is the direction Perseverance is going, and if we want to continue to demonstrate what can be done from an aerial perspective, we have to go where the rover goes.

The map to the right show’s the flight paths of Ingenuity’s third and fourth flights, with the fourth heading south. Based on the data obtained they scouted out its likely landing place for the fifth flight.

This April 30th Ingenuity update by Håvard Grip, Ingenuity’s chief pilot, provides a very detailed explanation of what they are learning about flight on Mars, describing issues of take-off, landing, dust, and maneuvering. Engineers (or any geeks in general) will find Grip’s commentary most interesting.