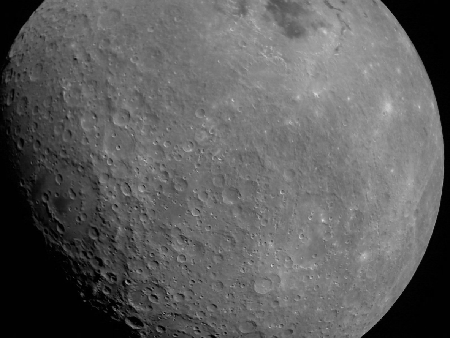 India’s space agency ISRO has released the first image taken by Chandrayaan-2 after entering orbit around the Moon.

That image is to the right, reduced to post here. It was taken from about 1,600 miles elevation, and shows mostly the far side of the Moon. The dark mare in the upper right is the Sea of Moscow, which is the only large mare on the far side.

This image once again proves the camera and the spacecraft’s ability to point it accurately are both functioning.