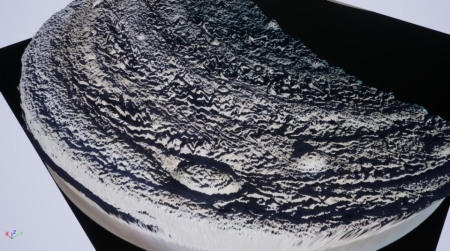 Cool image time! Using images from Juno, a citizen scientist going under the nom de plume YobiRoby has created the height map image to the right, showing three-dimensionality of the cloud surface of Jupiter.

Though they provide no details to go with this image, it appears it is centered on Jupiter’s Great Red Spot, the larger of the two big storms that are visible. While the smaller storm appears raised like a mound above the surrounding cloudtops, the Great Red Spot instead appears to be a mound that is depressed below the cloudtops.