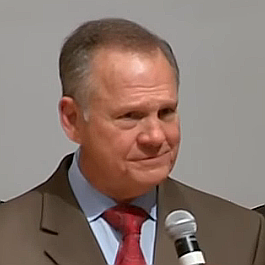 Roy More, former Republican candidate
for the Senate in Alabama

Pushback: A jury on August 12, 2022 awarded $8.2 million in damages to Roy Moore, who had been the Republican Alabama senate candidate in 2017, declaring that he had been defamed by false accusations of sexual misconduct by a Democratic Party political action committee (PAC).

Jurors found the Senate Majority PAC made false and defamatory statements against Moore in one ad that attempted to highlight the accusations against Moore. The verdict, returned by a jury after a brief trial in Anniston, Alabama, was a victory for Moore, who has lost other defamation lawsuits, including one against comedian Sacha Baron Cohen.

When the accusations were made during the campaign, a close look at the facts made it very clear that they were either false or unreasonably exaggerated. Yet, the leftist press pushed them hard, making no effort to outline their very clear uncertainties. The Democrats then followed up with an aggressive smear campaign.

Senate Majority PAC funded a group called Highway 31 that ran a $4 million advertising blitz against Moore. The lawsuit centered on one TV commercial that recounted accusations against Moore. Moore’s attorneys argued the ad, through the juxtaposition of statements, falsely claimed he solicited sex from young girls at a shopping mall

In many ways the smear campaign against Moore in 2017, which succeeded in defeating him in that election, was a dress rehearsal for the equally vile and false smear campaign against Brett Kavanaugh during his nomination hearings to the Supreme Court. It also demonstrated the legacy of hate created by Obama during his 2008-2016 administration, where he encouraged and made it socially acceptable for Democrats to routinely spout lies and slander against their opponents, accusing them without any basis of fact of being racists, white supremacists, and fascists.

That Obama legacy of hate is now the fundamental and only campaign tactic of the Democratic Party, supported and advocated eagerly by the leftist press. Republicans are no longer conservatives, they are election deniers, they are insurrectionists, they are white supremacists, they are racists, all often for doing nothing more than demanding that allegations of election fraud be investigated or for legally attending a demonstration or for defending the right that every individual be treated equally before the law.

Worse, too many members of the public are now easily swayed by these lies. The credulous public doesn’t question the accusations, but accepts them wholesale, as if the simple voicing of the lie is proof the lie is true.

Thus, despite Moore’s victory now in court, he has really lost. His reputation is forever smeared, and more important, he lost his campaign for the Senate and is now considered a leper when it comes to running for political office.

Nor is Moore alone. Expect to see this more and more in the coming two months, as Democrats ramp up their smear campaigns against all Trump-endorsed candidates. Democratic Party campaign ads will accuse them of all kinds of evil, never based on any facts, and those slanders will then be picked up and endorsed by reporters in the Democratically-controlled mainstream press.

This combination will convince too many gullible voters to buy into the lies, and vote against the Republicans. 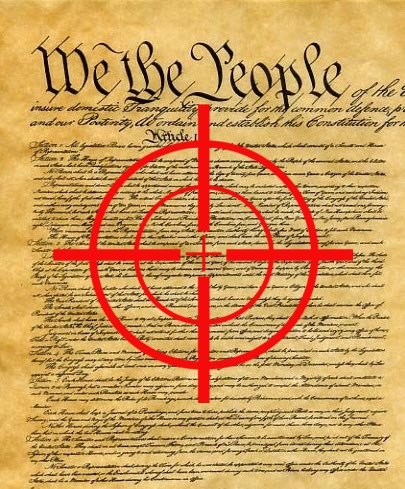 And should Republicans happen to win in November, taking control of both the Senate and the House? The newly elected Congress will not take office until January. Moreover, the executive branch will still be controlled by the Democrats, including the stronghold it has on the bureaucracy and the thuggish enforcement agencies of the Justice Department and the FBI.

Expect a full court press between the election and January to justify further legal and political attacks, such as the illegal and inappropriate raid on Trump’s home last week, aimed no longer at winning elections but in discrediting them. Suddenly, questioning the results of an election will change from being an insurrection to being a righteous defense of democracy. “This Republican fake victory cannot stand!”

Whether our Constitutional government will be able to withstand that Democratic Party onslaught this coming fall is quite open to question. Our Constitution has survived so far, but by an increasingly tenuous thread that appears daily more likely to break.