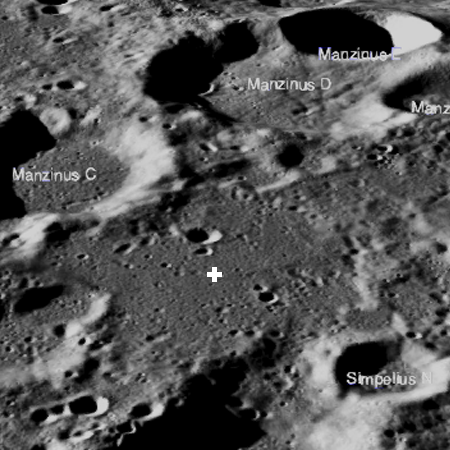 The image to the right is not that image, but an oblique overview showing where that landing region is, the center of which is indicated by the white cross. Vikram was aiming for this flat region between the Simpelius N and Manzinus C craters.

In releasing the image, the scientists explained what they thought were the reasons they have so far failed to find Vikram.

We note that it was dusk when the landing area was imaged and thus large shadows covered much of the terrain, perhaps the Vikram lander is hiding in a shadow. The lighting will be favorable when LRO passes over the site in October and LROC will attempt to image the lander at that time.

You can explore the actual image at the link. It is quite large, though their viewer there allows you to zoom in and move about, inspecting each grid area very closely. As they note, there are a lot of shadowed areas.

LRO’s high resolution camera can see objects as small as Vikram, even if broke up somewhat on landing. The key for discovery will be timing. LRO will have to pass over at a time when the lander is not in shadow.

UPDATE: Below the fold is a side-by-side comparison of this region, with mid-day on the left and the dusk LRO image on the right, created by Rex Ridenoure of Ecliptic Enterprises.and graciously provided to me. 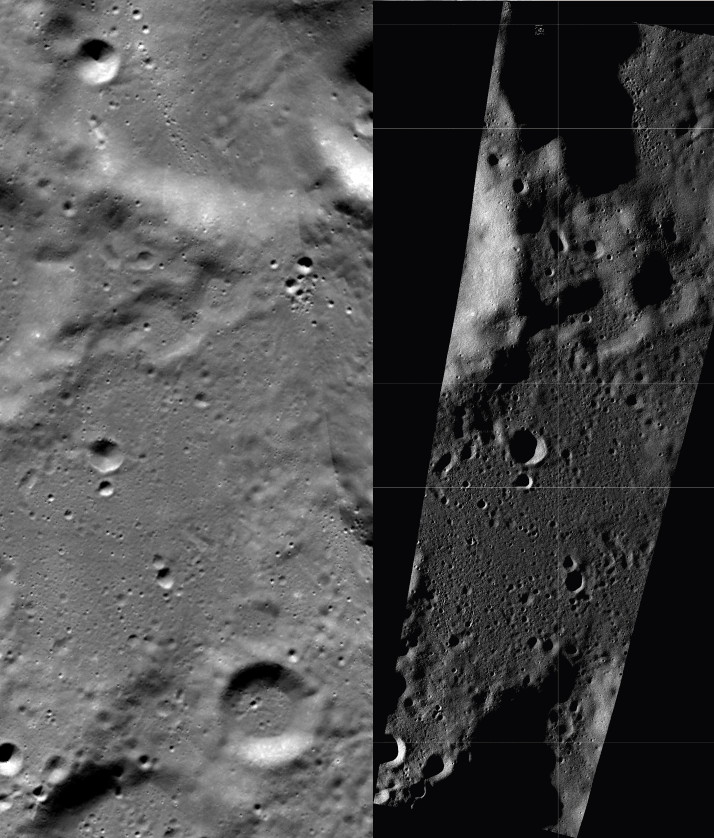 The scale of these images is far too large to capture an object the size of Vikram. However, the right image clearly shows the large amount of area in shadow, which makes finding Vikram difficult if not impossible. We will have to wait for mid-day lighting conditions, as shown on the left, to have a better shot at spotting the lander.