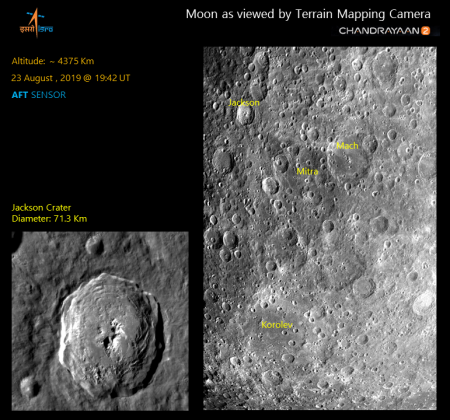 The Chandrayaan-2 engineering team has released more lunar images from Chandrayaan-2, this time from its higher resolution Terrain Mapping Camera 2.

One example is to the right, reduced to post here. It was taken from about 2,700 miles altitude, and shows a section of the northern hemisphere on the Moon’s heavily cratered far side. There are other images at the link.

The goal of these images is to demonstrate that the camera and spacecraft pointing systems are working. It appears they have done so successfully.