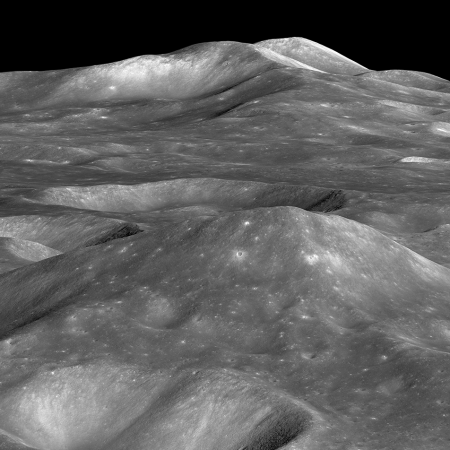 Cool image time! The image on the right, reduced slightly to post here, shows several high mountains on the far side of the Moon. If you click on the image you can see it at full resolution.

In the Lunar Reconnaissance Orbiter (LRO) science team release in June, they noted that the high peak here is actually taller than Denali (Mount McKinley), the highest peak within the U.S. And it has no name. They also note that the peak is likely 4 billion years old, and has experienced extensive erosion in that time, meaning that it is also likely shorter than it once was.

I don’t have anything to add, other than this would be an amazing place to put up a resort, with trails taking you to the top of the mountains. In the lighter gravity, the hike would actually be somewhat easy, even wearing a spacesuit. And you wouldn’t have to worry about a thinning atmosphere as you climbed higher, as you do on Earth. You’d be carrying it with you.