A new poll has found that while a large minority of registered voters approve of banning offensive speakers from college campuses, a majority still support the idea of a free and open society.

Below the fold is the entire poll [pdf] for this particular question, with the poll results broken down across a wide selection of demographic groups. Except for only a handful of such groups, which I have highlighted, Americans across the board continue to support the idea of free speech, though the large minorities are certainly worrisome. Then again, I have seen polls like this for most of my life, and the news story routinely focuses in on the large minorities that favor restricting free speech, as does the story at the link above. Such minorities have always existed, however, and sometimes there are even circumstances where they are right!

The question isn’t whether they are there. The questions should be: What are the trends? And are those who are hostile to free speech concentrated in any single demographic group that holds power?

So, what are those handful of demographic groups where a plurality favors banning speakers? Not surprisingly, those groups are Democrats, Democratic women, African-Americans, homemakers, those who do not have an identifiable job, and those who consider Medicare and Social Security to be the #1 issue facing the nation. Essentially, these groups form the heart and soul of the modern Democratic Party, which appears increasingly to also be the home of people who are hostile to freedom and wish to restrict it. This fact helps explain why the Democrats in the last Congress actually proposed an amend to the Constitution that would have partially repealed the first amendment, allowing Congress to restrict speech.

If you are Democrat and support free speech, you should be aware of this, either to change your party, or to consider leaving it. I tried the first when I lived in New York, failed, and thus was forced to chose the second. I have never looked back. 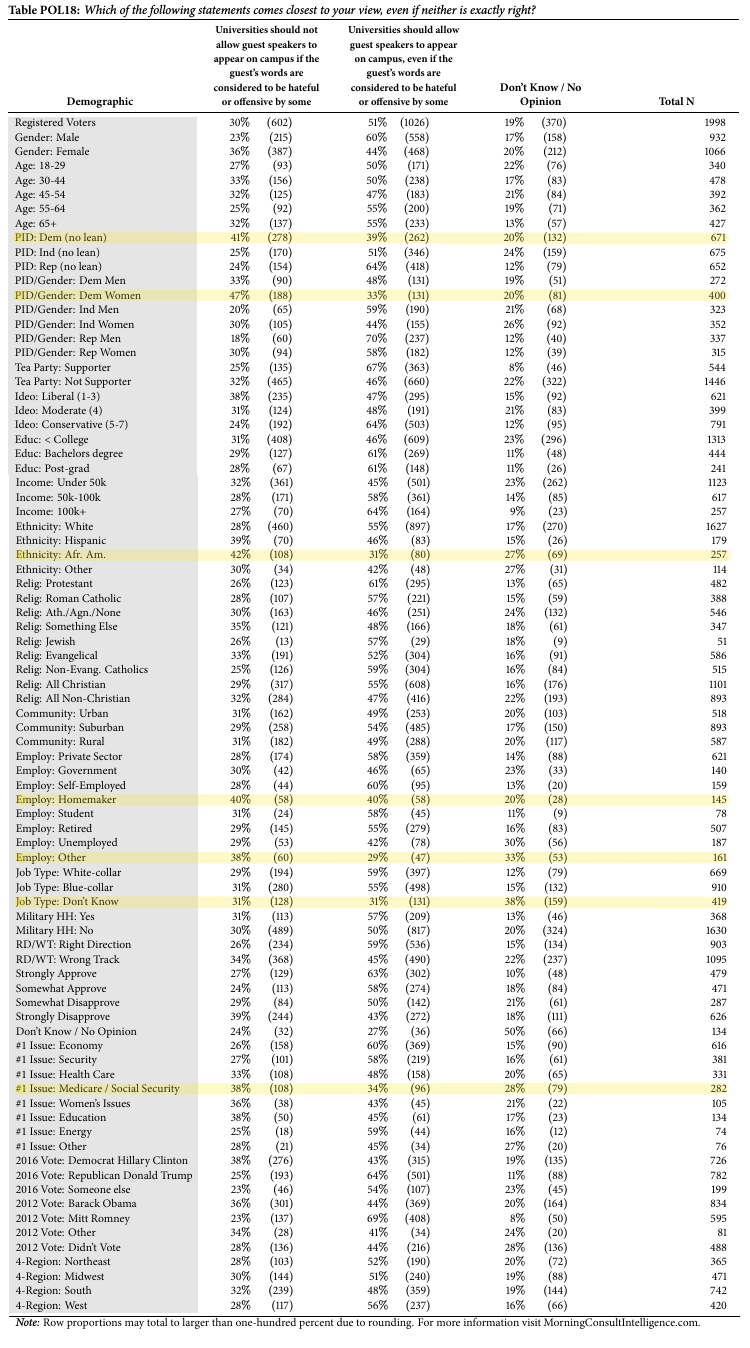