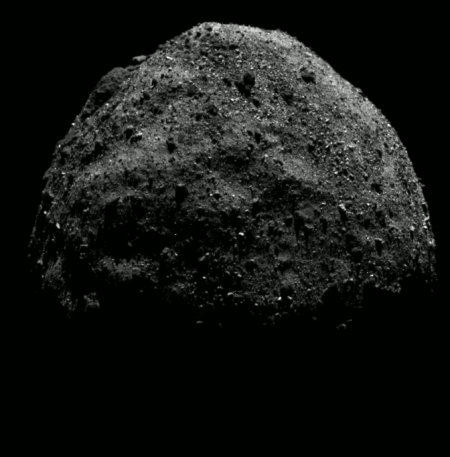 Cool movie time! OSIRIS-REx has completed its first planned fly-over of Bennu, this time above its north pole, and the science team has released a short movie showing part of that fly-over. I have embedded the movie below the fold.

This series of MapCam images was taken over the course of about four hours and 19 minutes on Dec. 4, 2018, as OSIRIS-REx made its first pass over Bennu’s north pole. The images were captured as the spacecraft was inbound toward Bennu, shortly before its closest approach of the asteroid’s pole. As the asteroid rotates and grows larger in the field of view, the range to the center of Bennu shrinks from about 7.1 to 5.8 miles (11.4 to 9.3 km).

They have four more fly-overs of the asteroid’s poles and equator as they assemble a detailed map of its surface.