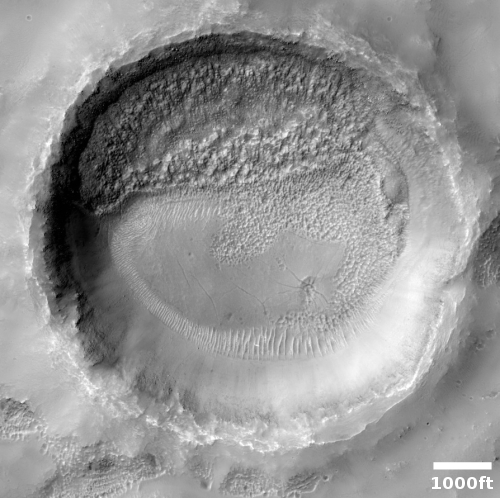 Time for another cool Martian image. The photo to the right, rotated, cropped, and reduced to post here, was taken on January 3, 2021 by the high resolution camera on Mars Reconnaissance Orbiter (MRO). The section I have focused on is a single crater about a mile and a half wide.

What makes this crater interesting is the material that appears piled up against the crater’s northern half. Furthermore, both the floor of the crater as well as this piled up material looks like it is eroding away, kind of like a block of ice which is having warm water sprayed on it.

So, is this glacial ice? 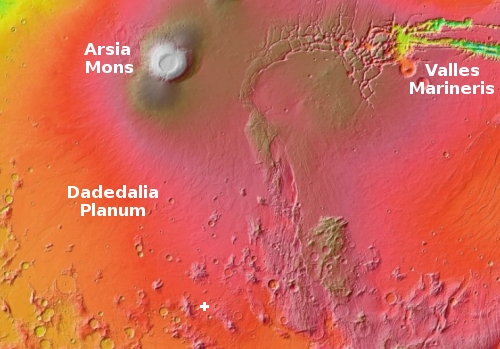 The white cross on the overview map to the right marks the location of this crater. It sits at 36 degrees south latitude, inside the mid-latitude bands where scientists have found many such glacially filled craters.

The configuration of this material helps prove the case. In the southern hemisphere sunlight will come mostly from the north, so that southern-faced slopes — the northern half of this crater — will be mostly in shadow and any ice or snow on those slopes will be the last to melt or sublimate away.

Though we don’t know for sure if this is buried ice, the evidence available suggests it is.