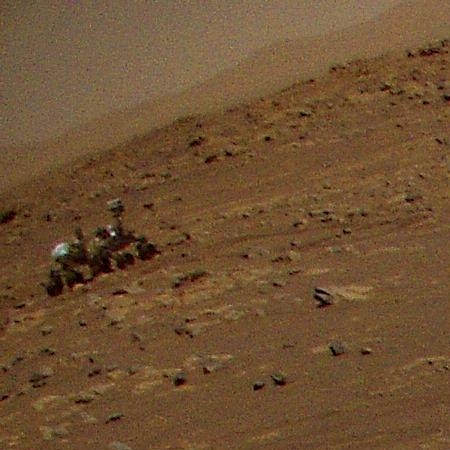 Cool image time! JPL today released the photo to the right, cropped to post here. It was taken by the helicopter Ingenuity during its third flight on April 25th and shows the rover Perseverance at its left edge.

The horizon is tilted because the camera lens is very wide angle to capture as much terrain as possible and thus produces a fisheye curved distortion to the image’s periphery.

This image was taken as Ingenuity flew north about 160 feet away from Perseverance, probably in the first part of its flight as seen by photos taken by Perseverance of Ingenuity during its flight.

The mountains in the distance are the rim of Jezero Crater.