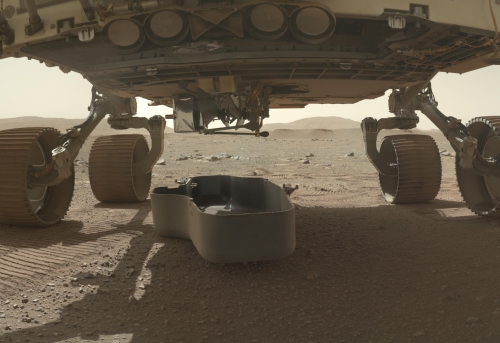 On March 21st the Perseverance engineering team released the debris shield that had been attached to the bottom of the rover to protect the Ingenuity helicopter during its journey to Mars, and thus began the deployment process for releasing the helicopter itself.

The photo to the right, cropped and reduced to post here, shows that debris shield on the ground. The rover will next drive away from this spot and find the flat area where the helicopter will be placed on the ground for its April flight.