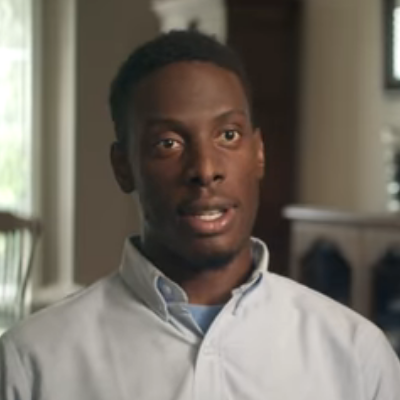 Bring a gun to a knife fight: Because the Supreme Court had ruled 8-1 in March 2021 that Georgia Gwinnett College and its officials could be held liable for damages for illegally denying several religious students their first amendment rights, the university last week finally settled the five-year-long case in favor of those students, paying nominal damages and attorneys’ fees totaling more than $800,000.

The case began when the university in 2016 twice prevented two students, Chike Uzuegbunam and Joseph Bradford, from talking to other students about their religious faith on campus. The first time the university claimed that, according to its speech zone policies, the students could only do so after getting permission from the school and then limiting their speech to a tiny free speech zone on campus. When Uzuegbunam followed this policy, school officials then banned him from speaking entirely because someone had complained. From the Supreme Court’s March 2021 ruling [pdf]:

Twenty minutes after Uzuegbunam began speaking on the day allowed by his permit, another campus police officer again told him to stop, this time saying that people had complained about his speech. Campus policy prohibited using the free speech zone to say anything that “disturbs the peace and/or comfort of person(s).” The officer told Uzuegbunam that his speech violated this policy because it had led to complaints. The officer threatened Uzuegbunam with disciplinary action if he continued. Uzuegbunam again complied with the order to stop speaking.

Essentially, the college had declared that it had the right to censor all speech, based simply upon a single anonymous complaint. It also claimed that no one was allowed to publicly express their opinions without first getting the college’s permission. As Uzuegbunam himself said, “I have to ask permission to exercise my first amendment rights? That’s not freedom of speech.”

Once Uzuegbunam sued, the university tried to avoid liability by changing this illegal free speech policy, claiming the case was now moot. The Supreme Court essentially laughed this claim out of the court room. From the court’s 8-1 opinion, written by Justice Clarence Thomas:

For purposes of this appeal, it is undisputed that Uzuegbunam experienced a completed violation of his constitutional rights when respondents enforced their speech policies against him. Because “every violation [of a right] imports damage,” nominal damages can redress Uzuegbunam’s injury even if he cannot or chooses not to quantify that harm in economic terms.

While the college was forced to pay $800K, it appears the college officials responsible for creating and enforcing its speech code have avoided any personal punishment. Moreover, their effort to silence this religious speech actually succeeded. Uzuegbunam was not only gagged from speaking on campus, it took five years to win his case. By now I would expect he is no longer a student at the college, and his opportunity there to speak is long gone.

Thus, do not expect this case to change much in academia, where almost every university has some variation of Georgia Gwinnett College’s speech code. The colleges know they can make life very difficult for those whom they wish to silence — without much cost — and will continue to do so until these institutions and the individuals in charge are finally made to pay, in large amounts.

Uzuegbunam’s win here however does continue the string of victories in the courts against these illegal speech codes. Eventually, these leftist totalitarian colleges are either going to have face reality and begin supporting free speech, or they will die.

Personally, I expect them to die, as their close-minded dedication to their leftist ideology seems unbending. And that death will be a good thing. Modern academia is no longer doing good, but instead indoctrinating its students with some of the most evil ideas imaginable. It is time for it to go.