Pushback: Threatened with blacklisting, a conservative student fought back so hard she is now in charge
April 18, 2022 12:20 pm Robert Zimmerman 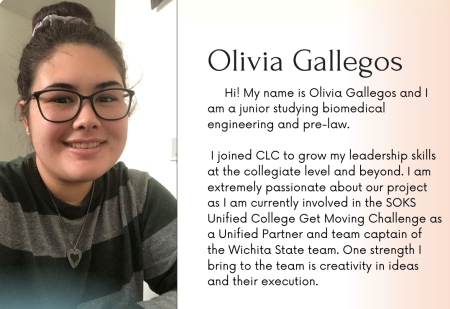 Don’t comply! In February I wrote a pushback story about Olivia Gallegos, an Hispanic conservative at Wichita State University who, when denied nomination as a candidate for the student government for daring to nominate a conservative for recognition, not only refused to take a racial sensitivity class, put together a write-in campaign and won election to the student government anyway.

Her victory also included getting the Wichita student supreme court to overturn the decision of the student government to deny her conservative student club from getting official status at the college.

It appears Gallegos did not take even these victories lying down. She followed them up by running for president of that student government, and then winning that election on April 6th. The election also saw the defeat of one of the main accusers against Gallegos who had led the charge to block the conservative student club.

As a result, Gallegos is now the leader of the student government that only six months earlier had been dedicated to censoring and blacklisting conservatives.

Gallegos did not campaign and win as a conservative, however, but as someone dedicated to “a four-point platform of transparency, financial literacy, mental health and safety.” As she said during a public town hall meeting during the campaign:

“In recent years it has become a very politicized organization and it doesn’t need to be that way,” Gallegos said. “We want to be able to make sure that things are not so political and not so hostile to any student group.”

She also stated no hostility to the many other leftist and racial organizations that already exist at the campus (“Black Student Union, Hispanic American Leadership Organization and Asian Student Conference”), adding:

“Having served on a diversity empowerment inclusion committee within the student senate for the past few years, these agencies have made our job a lot easier,” Gallegos said. “We already have this relationship established and having that has made leaps and bounds in the things that we can do as a DEI [Diversity, Equity, and Inclusion] committee and so having the agencies has been amazing.”

It appears she is entirely sincere about eliminating partisan politics as president. When the College Fix emailed her for comment about her election victory as president, she did not reply. By doing so she signaled clearly that as student president it was not her job to fuel the partisan fires by talking to a conservative press outlet. Her job was to work with all students to make their campus life more fulfilling.

Though one might question her willingness to accept the existence of these racially-based clubs, they are there, and it would be self-defeating on her part to oppose them. She instead has clearly decided that it is better to work with them, demanding from them the same non-partisan, non-political stance that she is taking. Initially these organizations were formed as cultural centers, not partisan organizations devoted to promoting leftist politics. Gallegos’ effort is clearly aimed at pushing them back to that mold.

This victory is really only a small one, but it demonstrates that it is never a good plan to bow to tyrants, no matter how petty. Fight them, hard! You might not win, as Gallegos did, but the battle itself will reveal to all what kind of people these goons really are, and thus it will discredit them. And it will also make you look good, as someone who stands for freedom, free speech, and just treatment for all.