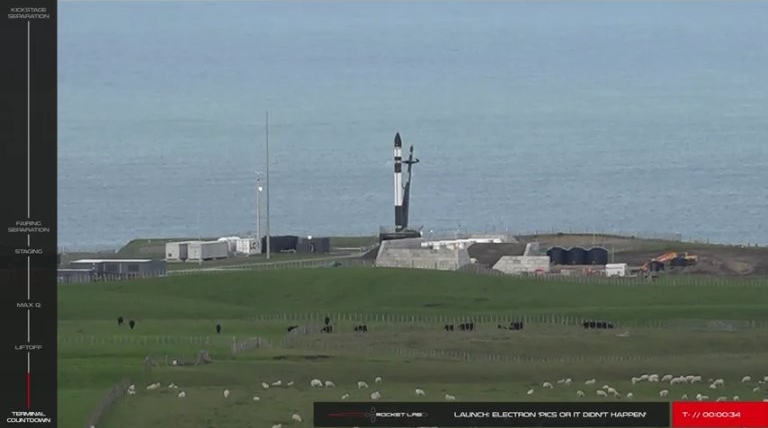 UPDATE: Mere seconds after I uploaded the post below, Rocket Lab announced that something had gone wrong late in the launch, resulting in the loss of all seven satellites.

This failure is the company’s second since their first test launch attempt. It will certainly prevent them from their goal this year of monthly launches.

The failure also changes the launch standings below. Rocket Lab is no longer among the leaders, and the U.S. leads China 16 to 14.

The picture above, captured from their live feed 34 seconds before launch, is most amusing because of the white sheep and black cattle grazing in the foreground.

This launch, three weeks after their previous launch, was their fastest turn-around so far. They made no attempt this time to recover the first stage, but noted that they plan to do so on their seventeenth launch, four launches from now.