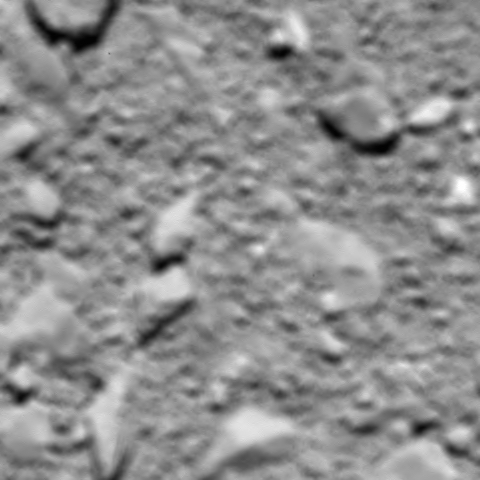 The Rosetta mission has ended. The spacecraft worked up until it landed on the comet’s surface. The image on the right was the last image, taken from about 167 feet away with a resolution capable of seeing objects less than a quarter of an inch across.

You can see a nice collection of approach images here.