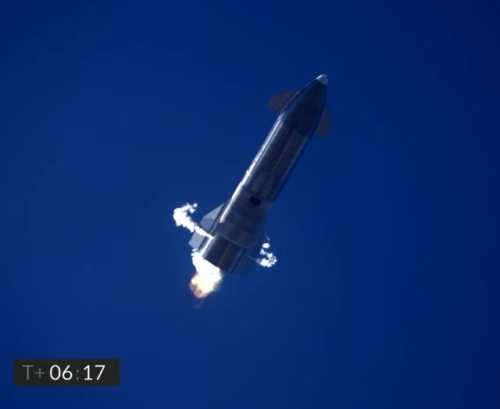 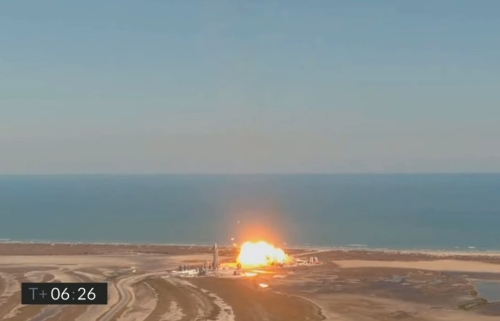 The test is over. All went perfectly until the landing, when the spacecraft once again crashed on the launchpad. They hit the target, but just too hard.

This time the problem occurred early in the landing maneuver. It appeared the spacecraft was unable to get completely vertical and hit the ground without firing its engines.

Right now we have no idea what the issue was, or what will be involved in fixing it. Starship #10 sits on its launchpad, ready to go. Assuming they do not have to make major changes or redesigns to correct the issue, I would expect it to launch within six weeks.

Of course, that assumes the Biden administration doesn’t ramp up its regulatory enforcement effort against SpaceX. And I have every expectation that will be the goal of the Democrats now in charge of the federal government.

In a Feb. 2 statement, the FAA said that SpaceX had requested a waiver to its FAA license for suborbital test flights of its Starship vehicle before the Dec. 9 flight of the Starship SN8 vehicle. That waiver, the FAA said, would have allowed SpaceX to “exceed the maximum public risk allowed by federal safety regulations.”

The FAA denied the request, but SpaceX went ahead with the launch. SpaceX considered the flight successful, although the vehicle exploded upon landing. No injuries or third-party damage was reported during the flight, but the FAA determined that SpaceX violated the conditions of its license by proceeding without the waiver.

“As a result of this non-compliance, the FAA required SpaceX to conduct an investigation of the incident,” the agency stated. “All testing that could affect public safety at the Boca Chica, Texas, launch site was suspended until the investigation was completed and the FAA approved the company’s corrective actions to protect public safety.”

This could be true but personally, I don’t buy it. To me this sounds like government spin to justify their own incompetence in blocking last week’s flight. It also sounds like the kind of spin used by government bureaucrats when they want to enlarge their power. Today’s landing crash of prototype #9 now gives the FAA and Biden administration wonderful ammunition to clamp down hard on SpaceX.