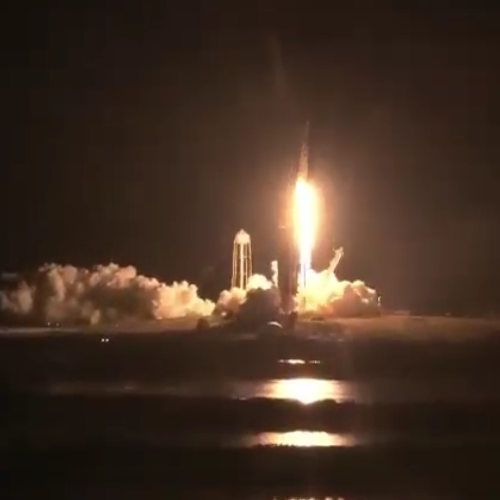 They also recovered the first stage, landing it on its drone ship in the Atlantic. The routine manner in which SpaceX ran this launch is truly admirable. They make landing and reuse of the first stage so expected it is hard to believe that for fifty years rocket managers and engineers insisted it wasn’t doable.

They had one issue today, a failure of the capsule hatch to hold air pressure after closure. They calmly reopened the hatch, cleared the issue, added some lubricant, and closed the hatch, all in less than ten minutes.