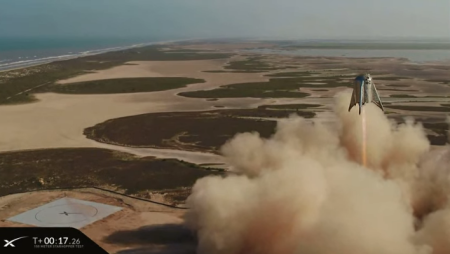 It appears today’s 150 meter hop (about 500 feet) of SpaceX’s Starhopper prototype was a complete success. To the right, and also below, are screen captures grabbed by me from one private live stream as well as from SpaceX’s own live stream.

In fact, this quick hop appears to have gone amazingly smoothly. It launched almost exactly at the target time, and landed quite softly on the launchpad, as intended. You can see the nozzle of the Raptor engine shifting and adjusting throughout the flight, also another indication that their engineering here is working perfectly. Congratulations SpaceX!

I have embedded SpaceX’s video below the fold. The flight begins around 30 minutes in. 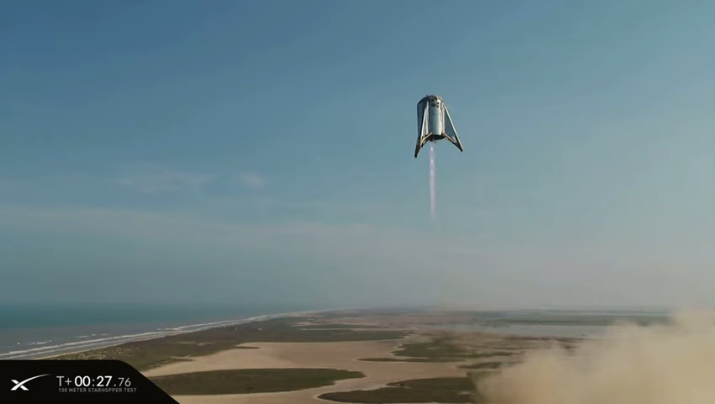 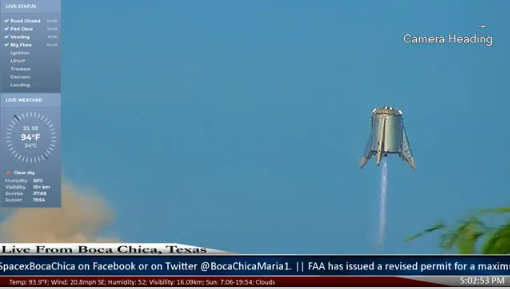 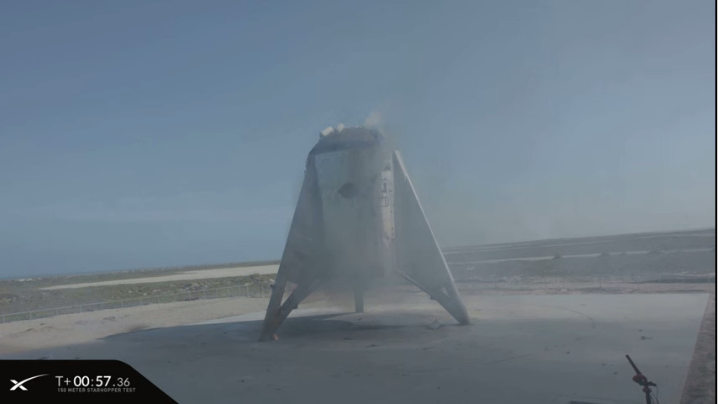 
Unfortunately, that is exactly where that journey takes him. The vision that Zimmerman paints of vibrant human colonies on the Moon, Mars, the asteroids, and beyond, indomitably fighting the harsh lifeless environment of space to build new societies, captures perfectly the emerging space race we see today. He also captures in Pioneer the heart of the human spirit, willing to push forward no matter the odds, no matter the cost. It is that spirit that will make the exploration of the heavens possible, forever, into the never-ending future. Available everywhere for $3.99 (before discount) at amazon, Barnes & Noble, all ebook vendors, or direct from the ebook publisher, ebookit. And if you buy it from ebookit you don't support the big tech companies and I get a bigger cut much sooner.
24 comments