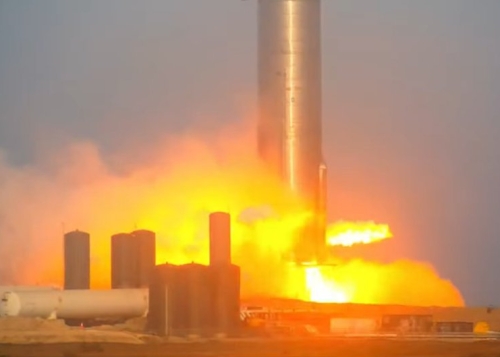 Capitalism in space: In what to me appears a remarkable tour de force, SpaceX today completed the second dress rehearsal countdown and static fire test of its tenth Starship prototype.

What made this a tour de force is that the previous test, only two days before, had found issues with one of the prototype’s three Raptor engines. In less than two days, SpaceX engineers were able to replace that engine and fire up the rocket again.

Compare that to the operations of Boeing and NASA in trying to do a single static fire test of SLS’s core stage. Preparations for the first test took months, and when this had an issue it is now going to take at least a month (if not more) before they can attempt a second test.

If today’s Starship static fire test came up clean with no problems, a test flight to about 30 to 40,000 feet could come as early as tomorrow.