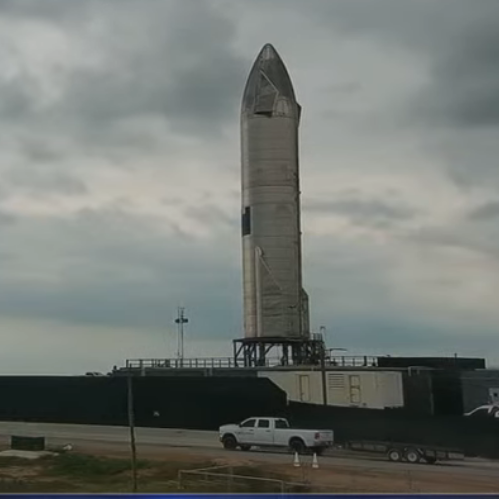 Capitalism in space: SpaceX’s 15th prototype of its Starship upper stage, is preparing to do a static fire test today, with its first test flight possibly as soon as tomorrow, though at present the FAA has not given its approval.

They have done tank tests already, and installed three upgraded Raptor engines yesterday. This spacecraft is a major upgrade from the previous prototypes, and SpaceX probably plans to eventually fly it higher and farther than the previous prototypes. Though no details about those flight plans has yet been released, the first flight will almost certainly repeat the previous flights, going up about ten miles, flipping sideways to simulate a controlled atmospheric descent, and then uprighting itself and landing vertical on the landing pad. Hopefully the upgrades will result in the first truly clean landing with this prototype.

Though the FAA under the Biden administration has seemed eager to flex its bureaucratic muscles and slow development, that NASA has chosen this vehicle as the one that will take astronauts to and from the Moon will put pressure on it to not slow things down too much.